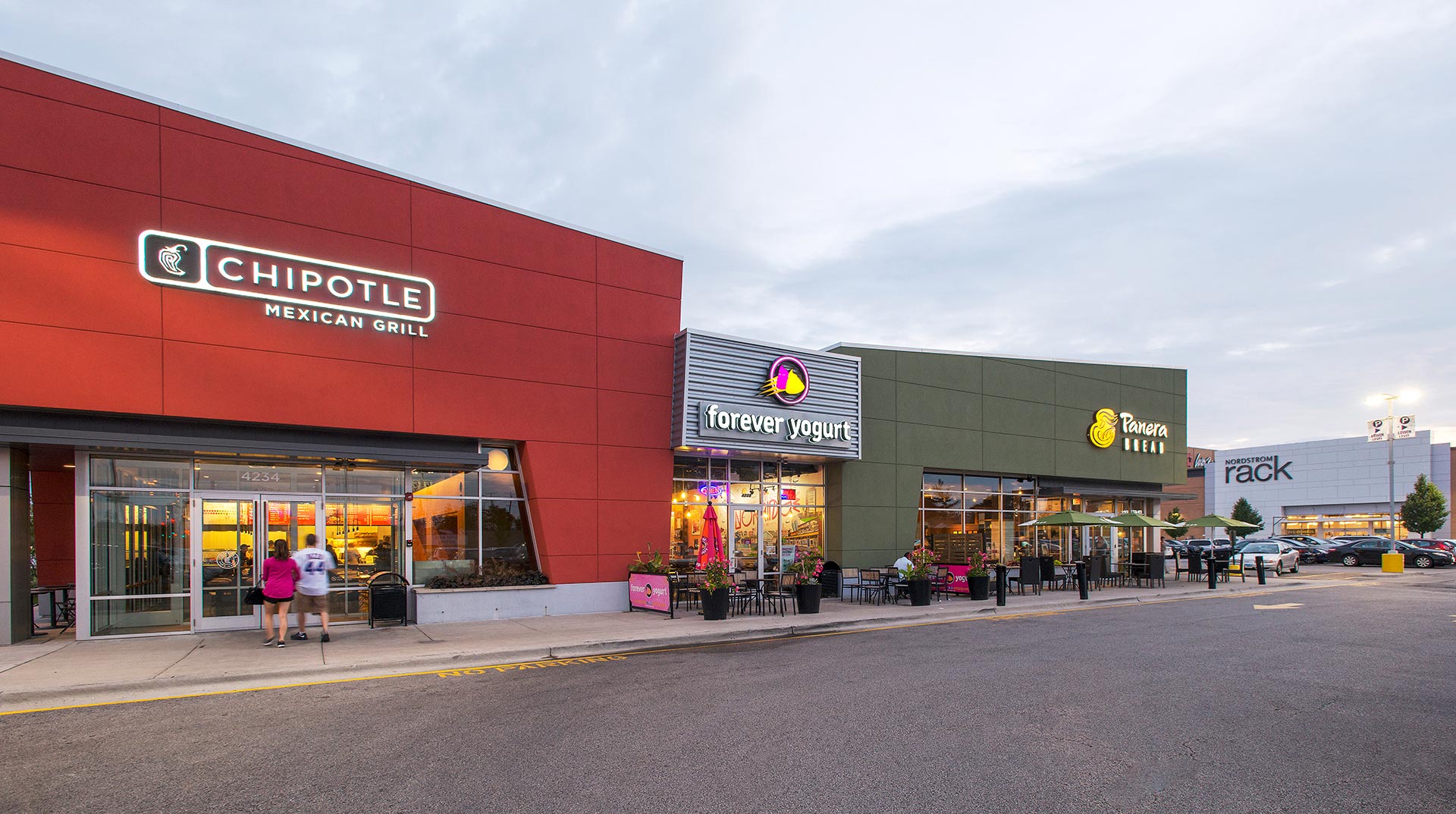 North of HIP is an expansion that was developed in 2013 and is located adjacent to Harlem Irving Plaza (HIP), which is Harlem Irving Companies’ flagship property. The HIP is an enclosed shopping center boasting 140 tenants and nearly 700,000 s.f. of bustling retail space.

North of HIP features over 92,000 s.f. of popular retail, eateries, and services. Some of North of HIP tenants include: XSport Fitness & Spa, Xfinity, Chipotle, and Panera Bread. North of HIP’s newest addition is the fabulous Nordstrom Rack, which opened in October 2017. HIP shoppers can easily access Nordstrom Rack through a connecting walkway.

The open-air center sits in one of the most densely populated neighborhoods in all of Chicagoland, with an average household income of $98,932 within the five-mile trade area, and over 1.3 million residents within seven miles of the center.