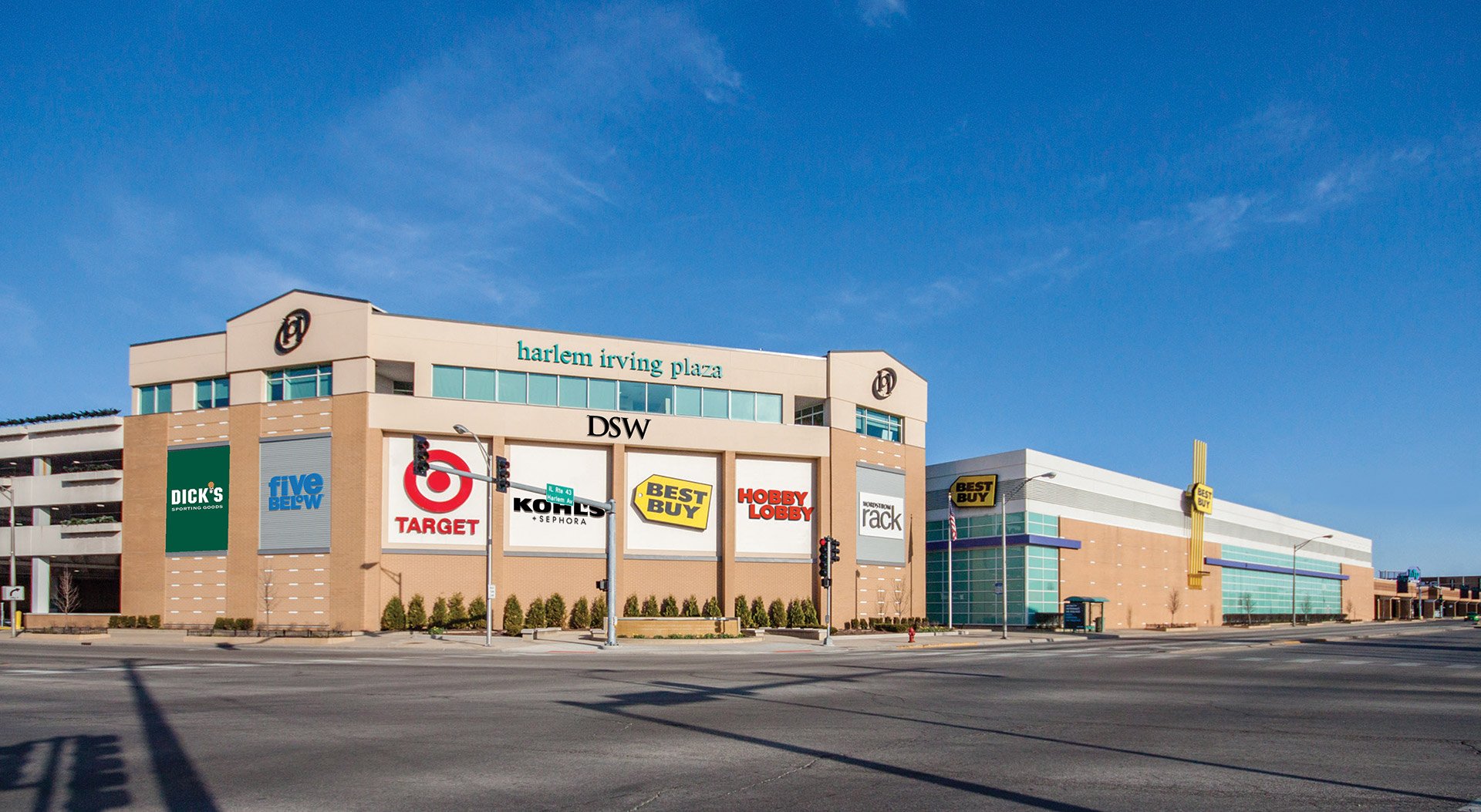 The HIP is conveniently located just minutes from O’Hare International Airport, and a few miles from Chicago’s busy Kennedy Expressway.

Established as an open-air center in 1956, Harlem Irving Plaza (HIP) has been expanded, enclosed and enhanced, and boasts nearly 700,000 square feet of bustling retail space. The HIP recently completed an impressive redevelopment and welcomed several notable stores including Dick’s Sporting Goods and Hobby Lobby (HIPs newest anchors) along with DSW, a newly expanded Forever 21, and Five Below. HIP is also home to over 140 successful national, regional and local retailers including anchor stores Target, Kohl’s, Best Buy and Nordstrom Rack. Along with being the area’s dominant shopping center, the HIP is also the flagship property for Harlem Irving Companies, Inc.

The HIP is located near the crossroads of two major thoroughfares on Chicago’s Northwest side. It is situated in one of the most densely populated neighborhoods in all of Chicagoland with over 680,700 people residing within a five-mile radius of the center! The mall exhibits strong sales and has an extremely loyal customer base that shops over six times per month, which surpasses the national average. In 2013, Harlem Irving Companies added its attractive North of HIP development: 4.3 acres of new retail and eateries including XSport Fitness & Spa, Panera Bread, Chipotle, and more.